Media’s Aggressive Fact Checking & What it Means For You

In the new, President Trump era, Aggressive Fact Checking is the new thing. 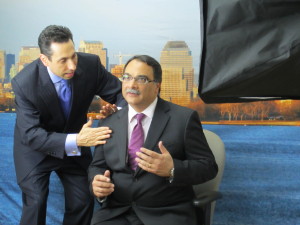 You’d think it should have been all along, but that’s not the case.  I will tell you, having worked in news that it can be a high deadline, short attention span, quick turn-around situation.  For years I’ve felt that news has become talking heads saying whatever they want and a host stopping them short to say “We’re out of time. More another time.” With the rush to get content out in front of people, actual journalism has suffered.  While that meant more control for many of my clients, it also meant that those of us receiving information can’t tell fact from opinion or lie or emotional statement or “alternative facts.”

Kellyanne Conway, special advisor to the president sited “alternative facts” on NBC’s “Meet the Press.” It may be an important moment for journalism.  I think the media has gone from being asleep at the wheel to opening their eyes and ears to what people say … and are trying to keep more people accountable.  This can become a good thing.

After the recent election here in the U.S., Facebook vowed to root out “fake news.”  Then enlisted the help of the website “snopes” which focuses on separating fact from truth on the internet. (Facebook’s Fake News Crackdown: It’s Complicated Bloomberg–Nov 23, 2016) . This new task will require some constant re-adjusting.  Thankfully this is becoming a priority at a time when anyone with a smart phone can become their own media outlet.  This is something I encourage subject matter experts and entrepreneurs to do, become the media.  I should probably add in that facts still count.

The current administration has said that they view the press as the opposition.  The good news, according to an AP story, this just might be reinvigorating it. More facts and fact checking is a win for all of us.

So… in an age where a politician (or anyone) can be held accountable moments later by the digital public, why lie or share unconfirmed facts? What we are learning is what marketers have known for years.  We respond best to emotion.  We may know a fact or know that we don’t have all the facts, but our emotions create a gut feeling.  We are taught to acknowledge our gut feelings and go with them.

Even when a politician is called out for wrong information, many of those who heard the information the first time will not hear the corrections.  What they are left with is the emotions they felt.  Maya Angelou said it best,

It’s a new world now. Even the phrase “fact-checking” was considered too toxic when Dallas’ WFAA-TV named its “Verify” segment. Wow. Talk about emotions running high.

Ultimately it’s up to us to find that important mix of facts and emotion.  When we add in our authentic self, it becomes a sweet spot for connecting with others